Why Traffic Accidents Spiked During the Pandemic 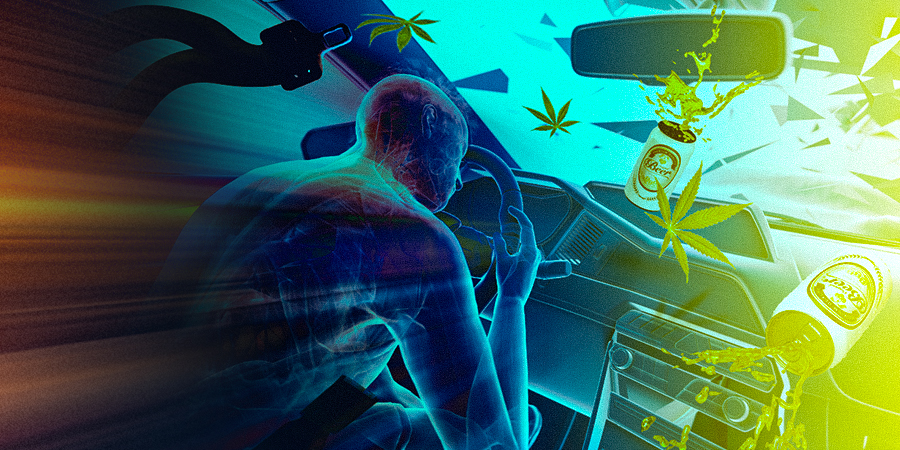 With the invention of cars came the rise in traumatic brain injuries (TBIs) – with over half of TBIs attributed to motor vehicles as early as the late 1930s. While car safety measures decreased traffic accident-related TBIs, motor vehicle crashes are still a cause of severe brain injury.

As the world entered a global lockdown in March 2020 and kept most homebound, one would assume that traffic and therefore traffic accidents would decrease, leading to a decrease in TBIs. In reality, the direct opposite happened.

Traffic accidents actually increased during 2020 when everyone around the world was sheltering in place to avoid COVID-19. In fact, there were a total of 38,680 traffic-related deaths in 2020, the largest number since 2007, according to the National Highway Traffic Safety Administration (NHTSA).

But what is driving this increase during lockdown?

NHTSA cites several factors that could have contributed to the overall increase in serious traffic accidents in the U.S. during lockdown, including driving under the influence, failure to wear seatbelts and driving at high speeds.

Driving Under the Influence

Drug and alcohol consumption is thought to have increased during the pandemic due to the stress and pressures of isolation, the economy and anxiety surrounding the virus itself. “There’s sort of a perfect storm of factors that we know increases drug use,” William Stoops, a professor of behavioral science, psychiatry, and psychology at the University of Kentucky told the American Psychological Association. “People are more stressed and isolated,” he continued, “so they make unhealthy decisions, including drinking more and taking more drugs.”

Furthermore, it is believed that there is a direct link between alcohol use and TBI, with 30% to 50% of TBIs thought to occur in people who are under the influence. These numbers are thought to be even higher in patients injured in car crashes.

In the second quarter of 2020, ejection rates spiked to nearly 1.5 per 100 car crashes per week, compared to around just 0.7 during the same time period the previous year.

Neurosurgeons have been advocating for the use of seat belts since the mid-1950s—prior to their mainstream acceptance in motor vehicle use. They argued that seat belts, in addition to other car safety features, could prevent around 75% of motor vehicle fatalities at the time, where head and neck injuries were thought to account for 70% of these fatalities.

Today, this advocation for seat belt use is just as valuable. A recent study published in the World Journal of Emergency Medicine found that of 803 people who had gone to the emergency department following car crash-related TBI, 30% reported having not worn a seat belt, and 25% could not remember whether they had or not.

High speeds are more likely to cause traffic accidents and resulting injuries and fatalities, and NHTSA reported that driving speeds in the third quarter of 2020 were higher than in 2019 in urban settings.

“Though speed management has been a problem for decades,” John Adkins, executive director of the Governors Highway Safety Association told Forbes, “Speeding became even more acute during the Covid-19 pandemic, as less traffic has prompted some motorists to drive at high speeds on highways and city streets across the nation.”

What’s more, a 2020 report found that vehicle speeds increased between April and July 2020, which was a significant contribution in the increase of roadway fatalities. Atlanta, for example, saw a 31% increase in speeds on major highways and freeways during the afternoon rush hour during this period, while Philadelphia and San Francisco saw a 60% increase in speed. Additionally, the report noted a median speed change of 22% between August and October 2020 in the top 25 metro areas in the U.S.

In their October 2020 Cureus report, Fatuki, et al. compared and analyzed several TBI prevention strategies to determine which would be the most effective in reducing the risks associated with TBI from car crashes in New York City.

Their research indicated that mandatory helmet laws were one of the most effective strategies in the primary TBI prevention programs, which are defined by the authors as strategies that aim to improve vehicle infrastructure safety.

This mandate would prevent the amount and severity of TBIs in motorcyclists and bicyclists, noting that the implementation of this type of program in Taiwan reduced TBIs by 33%. The study authors note that this type of program is also beneficial because it is relatively inexpensive and can cover the entire nation’s population.

Additionally, after analyzing New York City car crash data between January 15, 2020, to March 15, 2020, defined by the authors as the pre-lockdown period, and March 16, 2020, to May 15, 2020, defined as the lockdown period, the study authors suggest that the city implement a driving restriction program, preventing cars from driving through highly congested areas based on license plate number to help control traffic.

By doing so, the study authors believe that this could not only improve overall traffic conditions, but reduce the number of TBIs sustained, although further research is needed to confirm how this type of program would affect these conditions in the long run.