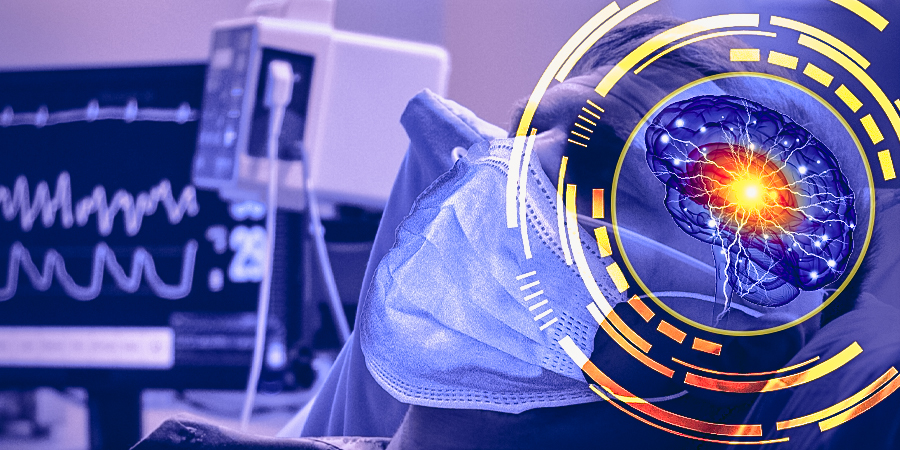 Imagine a patient is admitted to the Neuro ICU with a severe brain injury and in the span of just a few hours, you could predict the probability of that patient being capable of purposeful movement. You could also get a prognosis for their short- and long-term functional recovery from severe brain injury— simply through data collected from small wearable sensors.

Clinicians at the Johns Hopkins School of Medicine and engineers at Johns Hopkins Whiting School of Engineering have found that wearable sensors can capture motor activity that provides insight into sensorimotor processing, emotion, coordination, planning and learning. In conjunction with data processing and artificial intelligence, the sensors can help calculate the probability of the patient being able to follow a basic command and recover with moderate disability or better by the time they’re discharged.

And the sensors can detect changes in motor function up to five hours before a clinical evaluation, a valuable tool that could be automated in the Neuro ICU for prognosticating recovery from severe brain injury.

“The neurological condition of severely brain-injured patients is primarily expressed through different types of movement or, to be more precise, different motor responses,” says Dr. Robert Stevens, associate professor of anesthesiology and critical care medicine, neurology, radiology at the John Hopkins School of Medicine, who was also the project’s principal investigator. “Our results suggest that continuously analyzing data from these devices could inform clinicians in real time about their patients’ condition and be indicative of short-term outcomes,” he says.

While previous studies evaluated using motion-sensors to track physical activity in the ICU, this is the first to explore the relationship between wearable sensors (accelerometers) and clinical variables specific to patients and their brain injury prognosis.

With a goal to use data to improve the accuracy and reliability of severe TBI outcomes, the researchers evaluated 64 patients. All were at least 18 and admitted to the Johns Hopkins Hospital neurosciences critical care unit with an acute brain injury or illness resulting in impaired consciousness, with no injuries to their extremities and expected to live longer than 24 hours.

Patients were evaluated daily while in the Neuro ICU, then again at hospital discharge and at 12 months post-discharge. Researchers found no correlation between patients’ movements and their 12-month post-discharge outcomes, but the brain injury artificial intelligence models did accurately predict which patients would have good recovery from severe brain injury and were generally able to resume work or previous activities versus those who would not.

“The main results are that accelerometry-based features can detect SBI (severe brain injury) patients capable of purposeful movement, predicting which of them will recover with, at most, moderate disability,” study lead author Shubhayu Bhattacharyay, a 2020 Johns Hopkins University graduate and currently a Ph.D. candidate in clinical neurosciences at the University of Cambridge, told Medical Xpress.

What Brain Injury Artificial Intelligence Could Mean in the Neuro ICU

You make time-sensitive decisions for multiple patients at the same time, so having nearly real time results to help assess a patient’s severe brain injury prognosis could be an invaluable tool.

Unlike the Glasgow Coma Scale (GCS), using wearable sensors does not rely on a physical exam. With the GCS, a patient’s drug use, alcohol level, shock or low blood oxygen level can affect consciousness and potentially lead to an inaccurate score. Other tests, including the Acute Physiologic Assessment and Chronic Health Evaluation (APACHE II) and the International Mission for Prognosis and Analysis of Clinical Trials in Traumatic Brain Injury (IMPACT), are typically not calculated until 24 hours after admission to the ICU.

This is just the beginning of brain injury artificial intelligence for the Hopkins’ researchers. Next, they plan to develop other wearable sensors that will measure everything from a patient’s muscle activation, heart rate and respiration rate, in addition to detecting movement, to estimate patients’ severe TBI outcomes.

“With the insights we gained from this study, our next step will be to better assist doctors and nurses with actionable data on neurological progression they previously haven’t had access to and additionally provide them a tool that is easily deployed and integrated into the clinical space,” says John Rattray, a Ph.D. candidate in the department of electrical and computer engineering at Johns Hopkins University.