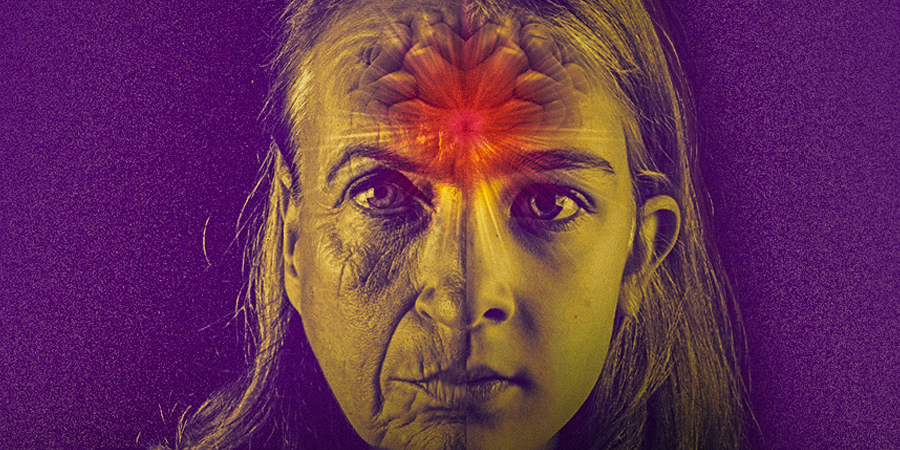 Cindy LaRosa shudders as she remembers the earth-shattering scream from her husband as he watched in horror when his 18-month-old son Tony got hit by a car outside the town library.

At the hospital, Tony’s doctor told his parents that Tony suffered a traumatic brain injury (TBI), and he had a 1% chance of survival. Now 19-years-old, Tony is a successful athlete, grateful to have beaten the odds and have proven his doctor wrong.

The sheer terror of life changing in an instant makes TBIs so devastating. Yet while TBI can happen at any time to anyone, there are certain demographic groups thought to be at greater risk for brain injuries:

In 2014, 837,000 TBI-related Emergency Department Visits, Hospitalizations, and Deaths occurred in children, according to the CDC. Falls caused 49% of TBIs among children ages 17 and under in 2014. Therefore, it is important to keep their head protected in order to help prevent TBIs when they are engaging in rigorous activity. This can include wearing a properly-fitted helmet when riding a bike, skateboard or playing sports such as football or hockey as well as ensuring that your children are playing on playgrounds with shock-absorbing material such as hardwood mulch or sand.

Young children who fall or suffer an injury to the head may not have the words to adequately express what they’re feeling. Therefore, according to the National Institute of Neurological Disorders and Stroke, their symptoms may be expressed in different ways, such as:

Also known as pediatric abusive head trauma, shaken baby syndrome kills or injures 1,200 to 1,400 infants and children each year in the U.S. In fact, a NCBI report published in January 2021 found that brain injuries are the most common cause of traumatic death in children under age two. However, shaken baby syndrome is often difficult to diagnose because it often presents differently based on the individual and has a lack of consistent physical signs of injury. Perpetrators are often not willing to confess to the act for fear of legal repercussions.

Symptoms, according to the NCBI report, can include but are not limited to:

Additionally, retinal hemorrhages, subdural hematomas, and rib fractures are common and should be noted in the initial evaluation.

Prevention is aimed at parents and caregivers, educating them on the dangers of shaking babies prior to leaving the hospital with their newborns, as well as providing them with coping mechanisms to deal with an inconsolable crying baby.

Healthcare providers and the emergency department should be trained to identify parents who could be at a higher risk of child abuse, which include: those who have behavioral health problems, a history of domestic violence, low education level, single-parent families or young parents without support.

In a report published by Springer Link, “Traumatic Brain Injury in the Elderly: Is it as Bad as We Think,” it’s estimated that there are 155,000 cases of TBI among older adults aged 65 and over annually in the U.S., 12,000 of which lead to deaths. Furthermore, according to 2014 data from the CDC, TBI hospitalization rates were highest among people aged 75 and older, and 81% of TBI-related emergency room visits were caused by falls in people aged 65 and older.

As older adults tend to be more prone to injury and falls, it is important to take preventative measures such as including strength and balancing exercises into their daily routines, having their eyes checked regularly, removing items in their household that may be a tripping hazard, and installing bars near the shower and toilet as needed.

The Brain Injury Association of America asserts that men have a higher incidence of TBIs than women, because they are more likely to participate in high risk activities, worsen a pre-existing injury or increase the risk of repetitive injury.

Furthermore, more work-related TBI fatalities are likely to occur in men as their workplaces are more likely to be associated with severe injuries overall. Men are also more likely to leave the hospital against medical advice following a TBI. Interestingly, however, hospitalization rates tend to even out among men and women as they enter older adulthood because their injury rates become more similar.

While younger men are more at risk for TBIs, older women have higher rates of concussion (mild TBI) than older men, according to the Brain Injury Association of America (BIAA). Both young and older women are more likely to have resulting neck injuries following a concussion-related emergency department visit than men.

Women are also more likely to have an assault-related TBI in the workplace, especially in more “feminine” environments such as healthcare or social services, but, interestingly, are more likely to report positive back-to-work outcomes following a TBI if they are employed in these types of environments, compared to more traditionally “masculine” ones.

But domestic violence- related TBIs involving women is much more prevalent than in men. The CDC reported that an estimated 1.9 million women are physically assaulted in the U.S. annually. According to the BIAA, women are more likely than men to die from a head injury by assault, and 90% of assaults related to intimate partner violence (IPV) result in head injury or strangulation.

According to the NINDS’s “Traumatic Brain Injury: Hope Through Research” report, researchers have been trying to uncover various genes that may play a role in how a person recovers from TBI. The apolipoprotein E gene, which is the most studied gene with regards to outcomes of neurotrauma, has three alleles: E2, E3, and E4. Apolipoprotein E4 (ApoE4), which is typically associated with Alzheimer’s disease, is now thought to be a factor contributing to worse outcomes following TBI.

Furthermore, a 2016 PubMed study titled “Genetic Influences in Traumatic Brain Injury” found that patients with the APOE4 allele and a history of TBI had a ten-fold risk of developing Alzheimer’s, compared to a two-fold risk for those who had the allele but did not have a history of TBI. It is also thought to contribute to longer hospital stays, slower recovery rate, and higher fatality rates for TBI patients.

On the whole, TBIs are on the rise, due to increased awareness of the injury and counter-intuitively, advances in motor vehicle safety. In fact, TBI-related emergency department visits increased 53% between 2006 and 2014. Unintentional falls and motor vehicle accidents were the most common cause of TBI, accounting for 52.3% and 20.4% of all TBI-related hospitalizations, respectively. Meanwhile advancements in early detection may make great strides in the standard of care of TBI.