Traumatic Brain Injury in the Elderly: Diagnosis and Treatment Challenges 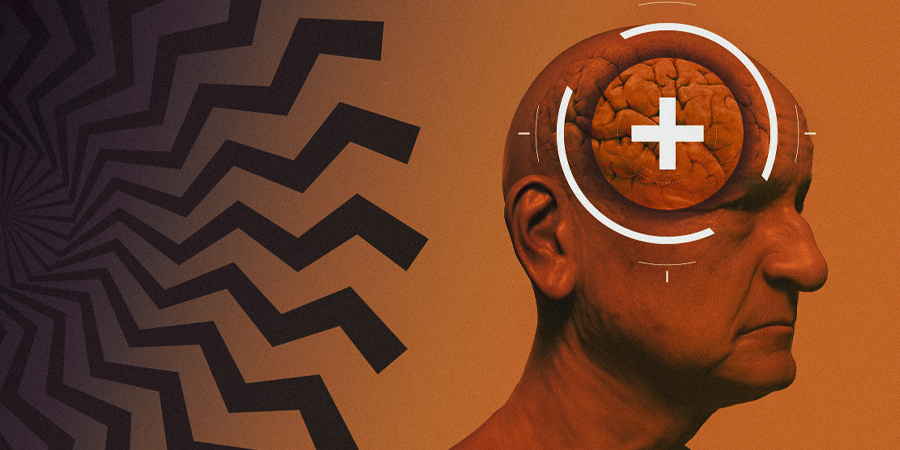 The U.S. population is aging at an “unprecedented” rate, with senior citizens projected to soon outnumber children for the first time. Such shifting demographics can present challenges for neurocritical care units. For instance, traumatic brain injury (TBI) in the elderly has its own unique diagnosis and treatment challenges.

Research on statistics on elderly falls has found that those over the age of 65 have the highest incidence of traumatic brain injury (TBI)-related hospitalizations, emergency department visits and hospitalizations. They also typically have worse functional and cognitive outcomes than younger age groups.

In contrast to other age groups, nearly 85% of TBIs in the elderly are thought to occur from falls from standing, according to a 2020 report. Statistics on elderly falls reveal they often occur because of weakened muscle strength and comorbidities such as diabetes and cardiovascular disease, which can make TBI prevention even more difficult in this patient population.

As the age rises in the U.S. so does the importance of understanding traumatic brain injury in the elderly, particularly the diagnosis and treatment challenges.

While the Glasgow Coma Scale (GCS) is one of the most common assessment tools to determine TBI severity, researchers believe that it may not be entirely accurate in the elderly population.

A retrospective review of the Trauma Audit and Research Network database of 561 TBI patients admitted to the Derriford Hospital were divided into two age groups for those over and under the age of 65. TBI severity was categorized from serious to critical based on the abbreviated injury scale (AIS) scores of either 3, 4, or 5. Presenting GCS was found to be significantly higher in the elderly group than in the younger group overall and at each AIS score.

Additionally, the median GCS in the elderly population of patients who did not survive was found to be significantly higher than in the younger patient population who did not survive. These findings demonstrated to the study authors that elderly patients may have a severe TBI with high mortality rates yet present with a relatively normal GCS. Presenting GCS, they concluded, may not be an accurate predictor of outcome in the elderly population.

Similar studies have found that the presence of dementia or other comorbidities or medication side effects may complicate identifying symptoms of head trauma after fall in elderly, thereby making the GCS insufficient in providing an accurate diagnosis.

To help address this problem, researchers believe that there is an “urgent need” for the creation of objective biomarkers to aid in diagnosis and management of older adults with TBI, especially those with preexisting medical conditions.

Bleeding on the Brain After Fall in the Elderly

One study found that 70% of older adults who had sustained a fall-related TBI also presented with subarachnoid, subdural or extradural hemorrhages. A similar study found that 66% of elderly fall-related TBI patients had a resulting acute subdural hematoma, and 24% had an acute subdural hematoma, traumatic intracerebral hemorrhage and traumatic subarachnoid hematoma.

Yet microvascular fragility may obscure identifying symptoms of head trauma after fall in elderly. As the brain atrophies with age, older individuals are thought to become particularly vulnerable to brain bleeds. What’s more atrophy may cause any intracranial hemorrhages to expand before clinical signs become visible, further complicating TBI diagnosis. Likewise, subdural hemorrhages may not always be apparent after TBI in the elderly due to the natural enlargement of the subdural space with age.

In a large retrospective analysis of 3,331 elderly patients who had sustained a fall-related TBI, researchers noticed that their patients had also sustained “hundreds of additional injuries.” These statistics on elderly falls found that more than half of these injuries were external and consisted of contusions, lacerations, abrasions, and open and closed wounds.

These injuries are especially common in the elderly population because of age-related loss of bone density, which increases fracture risk. The high presence of additional injuries as shown in their study, researchers note, must be considered when treating a traumatic brain injury in the elderly, because they can increase the potential for morbidity, mortality, and functional impairment.

While age is typically associated with worse TBI outcomes, researchers believe that this may affect treatment efforts with traumatic brain injury in older adults.

A 2020 study published in BMC Neurology examined 1,571 TBI patients treated at the Department of Neurosurgery in Oslo University Hospital aged 15 and older, with a median age of 58. Patients were grouped by their age and given a management intensity score of 0-3 based on placement of an ICP-monitor, ventilator treatment, and evacuation of intracranial mass lesion.

Researchers observed that trauma team activation, advanced TBI imaging, invasive ICP monitoring, and ventilator treatment all significantly decreased with increasing age. Lower management intensity was also found to be associated with an increased risk of 30-day mortality. These findings demonstrate the potential for treatment bias in the elderly population. The study authors suggest that mortality rates could be reduced in this cohort with more aggressive treatment management programs in the future.

Hope for the Future

Many research groups have been working on creating TBI treatment guidelines for the elderly to help improve outcomes. For example, in a study published in Prehospital Emergency Care, researchers proposed a new neurologic scale to help determine when to transport elderly TBI patients to a trauma center. While researchers believe that this scale could help improve triage of elderly TBI patients, further studies are needed to confirm its effectiveness.