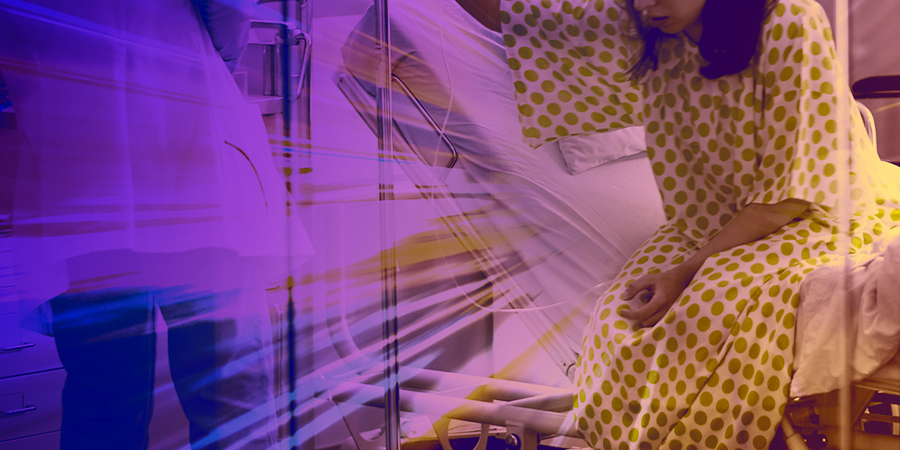 Mobilizing patients with external ventricular drains (EVDs) in the Neuro ICU has interested Megan Moyer since she first became a nurse practitioner. It’s why she’s sought approval from the chair of her former employer, a major academic hospital, to study mobilizing this patient population. Moyer, who is now employed as a clinical specialist here at Integra Lifesciences, has co-led two quality improvement initiatives and conducted a literature review on the topic since 2014.

“The standard treatment for patients with EVDs was strict bedrest, but that didn’t specifically address the patient’s neurological insults,” Moyer says. “There weren’t any hard stops to mobilizing any other patient population. I saw it as an opportunity to potentially improve patient outcomes. As nurses at the bedside, we want to see patients reach their full potential.”

Moyer knew the concerns about early mobility in the Neuro ICU—that the devices might dislodge or that any device movement could exacerbate delayed cerebral ischemia. But she also knew that EVD placement is the most common procedure performed in the Neuro ICU and that long-term immobilization has been associated with poor outcomes. The advantages of early patient mobilization are well documented in the medical ICU and surgical ICU patient populations—improved muscle strength, more ventilator-free days, decreased delirium, avoidance of pressure injury and greater functional independence.

In 2014, Moyer convened a multidisciplinary team that performed a quality improvement initiative evaluating the impact of early mobilization of patients with EVDs in the Neuro ICU. Twenty-six patients were mobilized over 12 months, plus a historical control group of 19 patients treated with strict bedrest in the 12 months prior.

Mobilization activities were customized for each patient and happened only during formal sessions, with both a physical therapist (PT)/occupational therapist (OT) and nurse present. The team verified secure drain connection and that the EVD was intact before activity, and EVDs were clamped in two locations to prevent over drainage of CSF.

Eligible patients had to be able to tolerate 30 minutes of drain clamping, have sustained intracranial pressure less than 20mmHg, and not have a fluctuating neurological examination on the day of potential mobilization.  Early mobilization activities included sitting at the edge of the bed, standing in place, and marching in place. No independent time out-of-bed occurred.

For the quality improvement initiative, mobilization began at 6.5 days post-EVD placement versus the standard timing of 18.7 days in the historical cohort. The study cohort was mobilized an average of three times while their EVD was in place, and the mean length of a session was 32 minutes.

Early mobility in the Neuro ICU of patients with EVDs proved safe and feasible, according to the quality improvement initiative. Mobilization sessions focused on transitioning patients sitting to standing and transferring from bed to chair.

The next phase of Moyer’s quality initiative began in 2016. Over the following eight months, both PT/OT and nurses mobilized EVD patients, expanding from the single Neuro ICU to 17 patients in two Neuro-ICUs and one intermediate neurological care unit. While the initial phase saw patients mobilized only with PT/OT at bedside with no independent time out of bed, the second phase had nurses independently mobilize patients, who could also remain out of bed for up to three hours at a time.

This time, the mobilization activities also included side-to-side lateral steps and basic activities of daily living. Assisted by nurses, patients could move from bed to chair, and walk to the bathroom and in the hallway. Again, patients’ eligibility for mobilization was evaluated daily, and patients’ EVDs were clamped during mobilization to prevent over-drainage of CSF. Nurses assessed patients’ vital signs hourly and could request drainage of CSF fluid if needed.

The multidisciplinary team concluded that nurse-driven mobilization for patients with EVDs is safe and feasible, and it leads to more frequent walking compared to a therapy-only driven protocol.

What Are Other Institutions Doing?

Moyer was also the lead author of a full-scale literature review published in the Journal of Neuroscience Nursing that found that early mobilization of patients with EVDs in the Neuro ICU was safe and feasible with minimal adverse effects when safety checks were integrated into mobilization protocols.

The literature review covered 12 studies, in which 412 patients with EVDs were studied. Results showed no serious or harmful events, including death or patient falls, occurred as a result of mobilization.

“Two technical incidents were identified in the literature review—CSF leakage at a distal connection point and EVD dislodgement while a patient was ambulating,” Moyer says. “For the one noted episode of EVD dislodgement in the one quality improvement project reviewed, once a new safety checklist was implemented including a question in the checklist if the EVD was secured prior to mobilization, no further EVD dislodgements occurred.”

The main finding was that it is safe and feasible to mobilize patients with EVDs in the neurological ICU, particularly if staff follows a mobilization protocol with built-in safety checks, Moyer says. As for her former employer, the hospital now has a standard protocol of mobilizing eligible patients with EVDs with safety protocols in the Neuro ICU as standard practice.

Moyer says the data from her quality improvement initiatives and literature review, as well as others around the globe show early mobility in the Neuro ICU may be associated with decreased ICU length of stay, shorter hospital stay, reduced need for tracheostomy and time on the ventilator and improved patient discharge disposition.

In addition, when mobilization efforts are independently undertaken by nurses, physical therapists can shift their focus to advanced gait training and stamina, while occupational therapists can focus on ADLs, coordination and communication.

Despite the lack of formal guidelines and large randomized control trails, Neuro ICUs across the U.S. may be practicing early mobilization of these patients already. “I hypothesize that a lot of hospitals are doing this, but they may not be publishing studies or collecting data,” Moyer says. 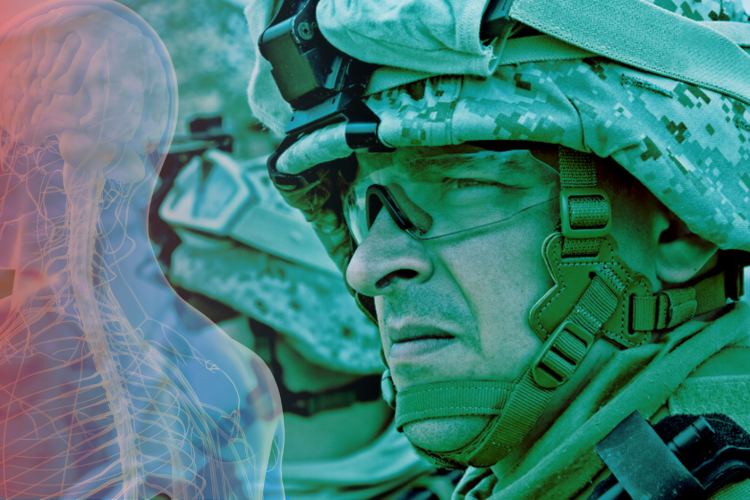 The U.S. Is Completely Revamping its Approach to TBIs in the Military

The Warfighter Brain Health Initiative is a “paradigm shift” for addressing TBIs.