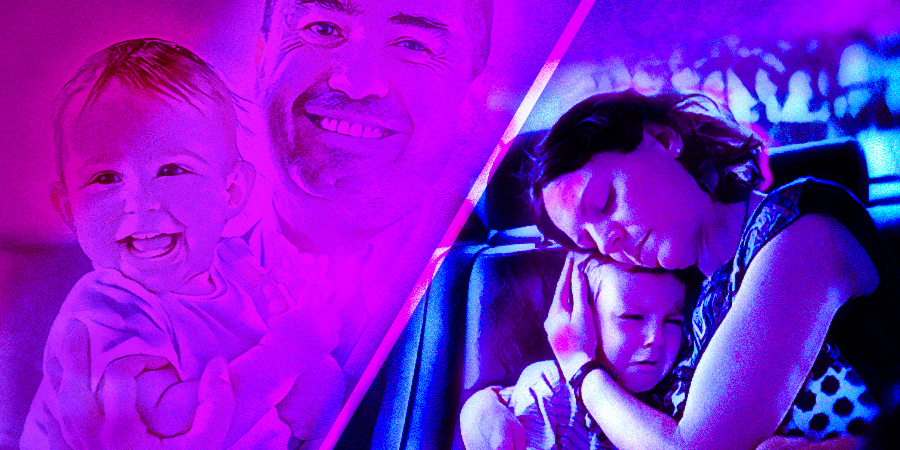 Stephanie and Mitchell began to worry when their 8-week-old daughter Adelynn showed low muscle tone and struggled to breathe.

At the emergency room, Adelynn was diagnosed with a Chiari malformation – but her care team decided that her condition was probably too mild to cause her breathing problems. Adelynn was sent home and told to come back in a year for a follow-up.

Unable to watch their daughter continue to suffer, Stephanie and Mitchell made the 8-hour journey from their home in South Carolina to Johns Hopkins’ Pediatric Neurosurgery Center in Baltimore, MD, so that Adelynn could receive the specialty care she needed that would ultimately save her life.

Unfortunately, the distance that Adelynn’s family had to travel for sufficient care is becoming the norm for pediatric patients.

The U.S. is facing a serious shortage of pediatric specialists. And for pediatric neurologists, this shortage is becoming critical. The Child Neurology Foundation reports that the number of child neurologists in the U.S. is thought to be 20% below the national need.

In 2017, the Children’s Hospital Association conducted a survey of 40 children’s hospitals and found that when asked what pediatric specialties had had vacancies for more than a year, pediatric neurology ranked in the top five with 34.4% of hospitals acknowledging a lack of specialists. Pediatric neurology also ranked in the top three for shortages affecting physicians’ ability to deliver care.

And with the restraints and restrictions of the COVID-19 pandemic, it is apparent that change is not only needed, but necessary. The pediatric neurologist shortage has become so problematic that adult patients are now struggling to gain access to their regular physicians. What’s more, pediatric neurologists are being crushed under the high demand.

In March 2021, the American Association of Neurological Surgeons, along with organizations from several subspecialties and areas of healthcare and medicine, signed a letter to Congress asking for action to address the shortage. The letter outlines the need for $50 million in funding for the Pediatric Subspecialty Loan Repayment Program (PSLRP), which would give children access to the medical care they need, despite the current shortages of pediatric specialists.

The PSLRP would offer qualifying healthcare professionals up to $35,000 in loan repayment annually in exchange for practicing in an unserved community for at least two years. This would not only help relieve healthcare professionals’ medical or graduate school debt that often prevents them from receiving further training in pediatric subspecialties, according to the letter, but would also help ensure that children are receiving access to needed care.

How the Pediatric Specialty Shortage Became So Critical

According to a document from Stanford Children’s Health published in 2018, there are four main reasons why pediatric specialists and subspecialists’ numbers have dropped over recent years:

Lower income is often a driving factor for students choosing a specialty or subspecialty. Maneesh Batra, associate director of the Pediatric Residency Program at Seattle Children’s Hospital, told Infectious Diseases in Children, “Within the pediatrics specialties, looking ahead at three more years of training is a hard pill to swallow, when the workforce right out of residency is such that you can make pretty much the same amount of money working in general pediatrics or as a hospitalist as you would after three more years of training.’”

Those who love pediatric neurology are starting to pay the price. A 2020 study published in Neurology titled “Child Neurology in the 21st Century: More than the sum of our RVUs,” estimated that more than 86% of pediatric neurologists experience burnout. The study, which surveyed 20 academic child neurology programs, as well as independent private organizations and practices of various sizes, noted that while 90% of practices surveyed reported some degree of burnout, 25% of division chiefs indicated that they do not discuss burnout with their faculties.

The study also examined the work relative value units (wRVUs) of child neurologists, a measure of the work, skill, physical and mental effort and stress involved during a procedure or service in order to determine compensation. The study found that most practices mandate  their child neurologists work at the 75th percentile (4,827 to 4,935 wRVUs) or above.

The study found that working at this level makes it nearly impossible to provide the quality of care needed, as pediatric neurologists are often split between spending time with patients with complex problems and reviewing records and medical literature.

As the nation deals with the effects of the COVID-19, this shortage has become more dire. Millions of children are estimated to be 1.5 hours or more from access to specialty care. Traveling these distances, can be physically and mentally exhausting and increase risk of virus spread when telehealth isn’t applicable or appropriate.