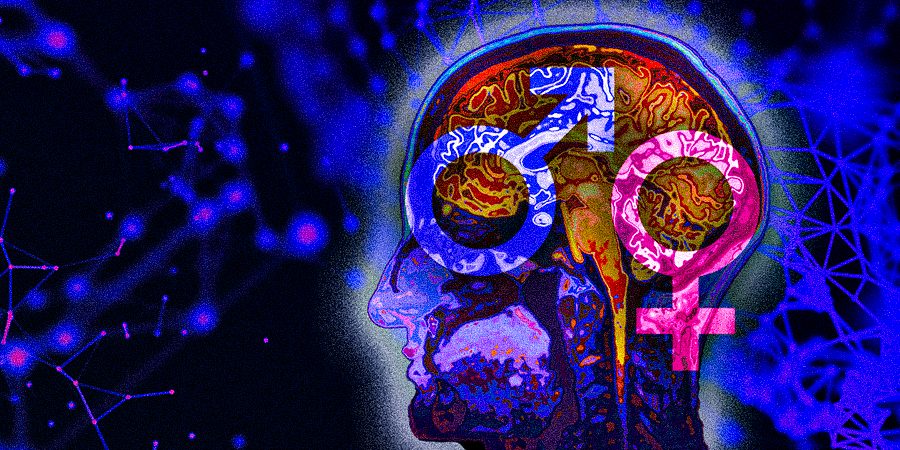 A variety of factors contribute to outcomes and severity of traumatic brain injury. Researchers at Arizona State University are currently exploring gender-related differences that may reveal pathways for potential pharmacological treatment for brain injuries.

“When you look into the clinical literature, it has been shown that males and females do report differential symptoms, and females report more prolonged symptoms after a head injury,” says Sarah Stabenfeldt, an associate professor of biomedical engineering at Arizona State University.

Further exploration has presented the possibility that sex hormones such as estrogen, progesterone, and testosterone can affect the level of disruption of the blood-brain barrier — depending on the levels of the hormones present.

Stabenfeldt and Rachael Sirianni, an associate professor at the University of Texas Health Science Center at Houston, will study mice to determine how and why traumatic brain injuries affect males and females differently, and what that could mean for the future of sex-targeted drug delivery for treatment.

The study, a five-year, $2.5 million dollar project funded by the National Institutes of Health, will focus on the use of nanotechnology as a means of drug delivery to the brain, and will also help pave the way for more female-inclusive TBI research.

Stabenfeldt and Sirianni will investigate the contribution of hormone-mediated, sex-dependent injury sequelae on the blood-brain barrier disruption and inflammation; establish the relationship between hormone mediated sex-dependent injury, drug delivery and efficacy; and demonstrate feasibility of sex-specific targeting for nanoparticles and drug delivery to traumatic brain injury.

Nanotechnology: The Drug Delivery System of the Future?

Nanotechnology and nanoparticles have been studied for their potential use in medicine for decades, as they are especially suited to bypass biological barriers, according to a 2019 Pharmaceutics report.

But after the blood-brain barrier is broken down, doctors only have a small, unpredictable window during which they can administer drugs to the brain tissue.

In a 2021 study, researchers from Brigham and Women’s Hospital, Harvard Medical School and Boston Children’s Hospital sought to create a system that would allow for drug delivery across the blood-brain barrier while it was still intact.

Engineering nanoparticles to deliver a small interfering RNA (siRNA) molecule that would inhibit the production of the tau protein, a protein thought to play a role in neurodegenerative diseases such as Alzheimer’s, the team found that IV injections of the optimized nanoparticles delivered siRNA to the brain at a rate threefold higher than non-optimized nanoparticles, even when the nanoparticles were introduced late in an injury.

Researchers believe that these findings show that nanotechnology could be promising for the treatment of traumatic brain injuries as well as associated neurological disorders.

Gender and the Blood-Brain Barrier

Stabenfeldt and Sirianni’s research will expand upon the work of Vimala Bharadwaj, now a postdoctoral scholar in the Department of Anesthesiology, Perioperative and Pain Medicine at Stanford University. Her doctoral research at ASU investigated the breakdown of the blood-brain barrier after a traumatic brain injury in animal models and how it can be used as a unique delivery window for nanoparticle-based treatments

To take these findings further, Stabenfeldt and Sirianni will examine sex-dependent pathophysiological differences that could be attributed to altered nanoparticle delivery to the brain in male versus female mice. They will achieve this using nanoparticles loaded with quisinostat, which their previous research indicated has neuroprotective properties.

While they have found that the blood-brain barrier in females remains open for longer and to a greater extent post-injury than males, they still hope to uncover how sex-hormones play a role in the disruption of the blood-brain barrier after a traumatic brain injury, and how that could affect subsequent drug delivery and treatments.

“If we discover that this differential blood-brain barrier disruption is a function of sex hormones…[we can determine] whether that’s important in designing drug therapies in the future,” Sirianni told Arizona State University.

While the effects of gender on traumatic brain injury are still largely unknown, studies continue to uncover the potential importance of physiological differences in males and females and their effect following a head injury.

Gaining more clarity on the influence of gender on TBI, as Stabenfeldt and Sirianni intend to achieve,  will fulfill the current gap in the literature, and can provide some greater insight into gender specific TBI treatment options and outcomes that can be used in the future.