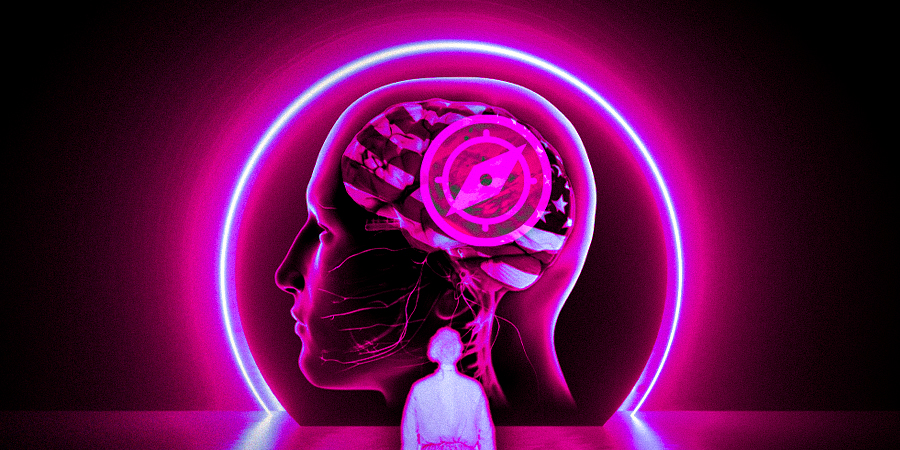 After being diagnosed with a glioblastoma, Kim Richardson-Hippler underwent an initial tumor resection, several rounds of radiation therapy and chemotherapy only to have her tumor return three years later. After an MRI-guided laser ablation, the tumor returned yet again one year later. That’s when her neurosurgeon decided to try something new.

He enrolled her in a clinical trial for 5-aminolevulinic acid (5-ALA), a drug that produces fluorescence to help surgeons better identify and resect malignant tumor cells by turning them neon pink under a blue light.

Dr. Walter Stummer, currently a neurosurgeon in Muentser, Germany, first described the use of 5-ALA in human malignant glioma patients in 1998. His study of 9 patients concluded that fluorescent porphyrins “may label malignant gliomas safely and accurately enough to enhance the completeness of tumor removal.” In his study of 89 tissue biopsies, visible porphyrin fluorescence demonstrated an 85% sensitivity, 100% specificity and 90% accuracy for predicting the presence of malignant tissue.

But despite these promising results, the FDA did not approve the optical imaging agent for use with brain tumors during fluorescence-guided neurosurgery in the U.S. until 2017 — a decade after it was approved for use in Europe.

European Beginnings: 5-ALA as a Revolutionary Resection Technique

At the time of Dr. Stummer’s initial trial, scientists had been hesitant to attempt previous fluorescence approaches, which had used intravenously administered fluorescent markers to identify malignant gliomas, because of the possibility of contaminating the surgical cavity with the blood containing the markers.

However, in the mid-1990s, researchers studied use of 5-ALA for the visualization and photodynamic therapy of other cancers such as bladder. Dr. Stummer surmised that if this technique could be applied to malignant gliomas, the interactions between the malignant tissue and 5-ALA would allow for fluorescence detection within the brain but it would only be restricted to the malignant cells without contaminating the tumor cavity through the blood-borne markers.

After the success of his first study in 1998, Dr. Stummer then lead a multicenter, randomized phase III study of 5-ALA in 2006 for the resection of high-grade gliomas in 17 German study centers. The study examined 270 patients with suspected malignant gliomas that could achieve complete resection. Of those, 139 were assigned to 5-ALA for fluorescence-guided resection, and 131 were given white light for conventional microsurgery.

At 35.4 months post-surgery, the contrast-enhanced tumors were completely resected in 65% of patients in the 5-ALA group compared to in just 36% of the white light group patients.

What’s more, progression-free survival rate at six months post-surgery for the 5-ALA group was found to be nearly double that of the white light group, at 41% and 21% respectively. Median tumor volume was also found to be significantly smaller in the fluorescence-guided neurosurgery group, at 0.0 cm3 vs 0.7 cm3.

The successful results of this study ultimately lead to European Medicine’s Agency approval of 5-ALA, marketed as Gliolan®, a year later in 2007.

5-ALA and FDA Approval in the U.S.

Despite the 2007 approval in Europe, 5-ALA was not approved for use in the U.S. until ten years later. This slowdown was due to how it was conceptualized as more of a therapeutic technique rather than an intraoperative method, according to Dr. Stummer, who chronicled the timeline of FDA approval in a 2019 article for the Journal of Neuro-Oncology.

In the article, Dr. Stummer and co-author Dr. Constantinos G. Hadjipanayis capture the key milestones that led to FDA approval of oral Gleolan® for glioma surgery. For instance, in 2010, the FDA approved the use of a 5-ALA ester derivative for topical use in bladder cancer detection. A year later, in 2011, a group of medical and industry experts even met with the FDA to discuss the potential approval of 5-ALA and fluorescence-guided neurosurgery, but the FDA concluded that further patient clinical benefit was needed at that time.

But as researchers pressed forward to initiate a clinical trial of 5-ALA, they encountered yet another roadblock. The Oncologic Drugs Advisory Committee considered 5-ALA to be a therapeutic agent, not a visualization agent. This further complicated matters because the FDA approval process holds oncologic therapies to a different standard, requiring the need for a significant increase in overall survival for any study involving 5-ALA, and this data was considered to be lacking at the time.

What’s more, the use of 5-ALA would make the complete blinding of patients and investigators needed for a randomized phase III study nearly impossible. Why? Because as soon as a surgeon switches off the light on his fluorescence-equipped microscope, he would easily be able to tell whether the patient received 5-ALA or not.

But numerous studies had proven that extent of resection of high-grade gliomas are correlated with greater patient survival rates, according to Kuhnt et al, 2011. With this in mind, researchers wondered: Because 5-ALA had proven to achieve more complete resections of high-grade gliomas than the control in Dr. Stummer’s 2006 trial, then couldn’t that be considered a survival benefit for patients?

Also in 2011, the first patient in the U.S. underwent 5-ALA fluorescence-guided surgery by Dr. Hadjipanayis at Emory University Hospital Midtown in Atlanta under the FDA investigational new drug application.

By 2012, an FDA Orphan Drug application was submitted for 5-ALA, and it received its orphan designation the following year for visualization of malignant tissue for surgery of malignant gliomas. By 2016, Pre-Investigational New Drug Application meetings were underway, and the official FDA approval of 5-ALA, marketed as Gleolan®, was achieved in 2017.

In 2021, a comparative cohort study was conducted to determine the overall survival rates of glioblastoma patients using 5-ALA-guided surgery. The largest study of its kind, researchers examined a total of 343 patients with glioblastomas who had a surgical resection between 2013 and 2019, with 253 patients in the 5-ALA group and 90 in the non-5-ALA group.

This study found that the overall survival (17.46 months vs. 10.63 months), postoperative performance status and gross total resection (47.4% vs 22.9%) were significantly better in the 5-ALA group compared to the non-5-ALA group.

Currently 5-ALA is only approved for treatment of Grades 3 and 4 gliomas, has a somewhat high per-patient cost and requires use of an expensive surgical microscope. Yet Gleolan® and fluorescence-guided neurosurgery is expected to become the standard of care for gliomas in the U.S. The visualizing agent has been used in more than 80,000 patients with suspected high-grade gliomas worldwide.

In the U.S., only neurosurgeons who have mastered and received Gleolan® Medicines Management Program certification will have access to 5-ALA from hospital-based pharmacies. The program, designed by Dr. Stummer and updated by Dr. Hadjipanayis, is not a surgical teaching course but an education in the safe use of 5-ALA for the detection of malignant tissue based on the visualization of fluorescent tissue. 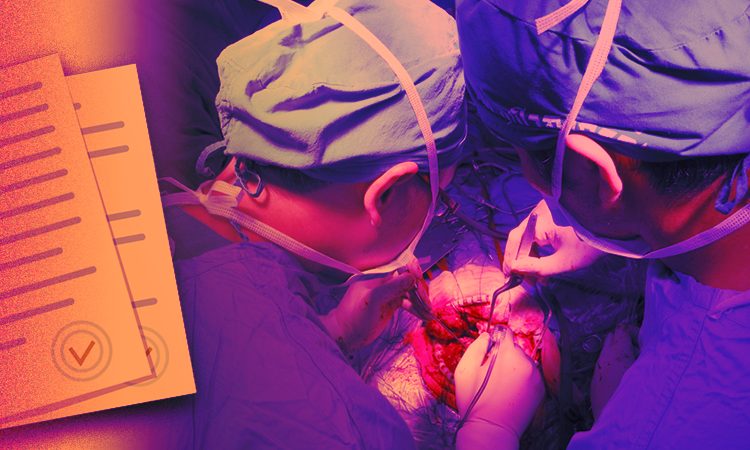 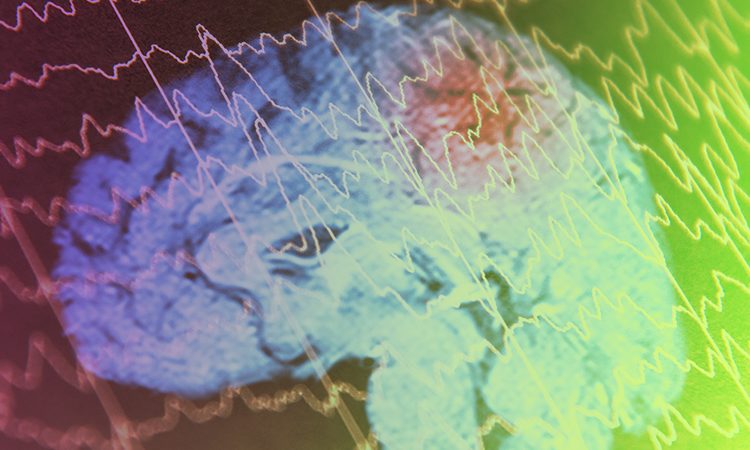 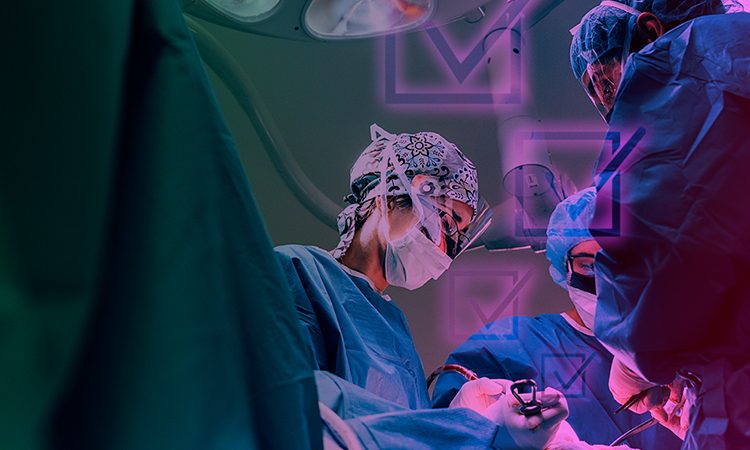