Can Interhospital Transfer Improve the Management of Hemorrhagic Stroke? 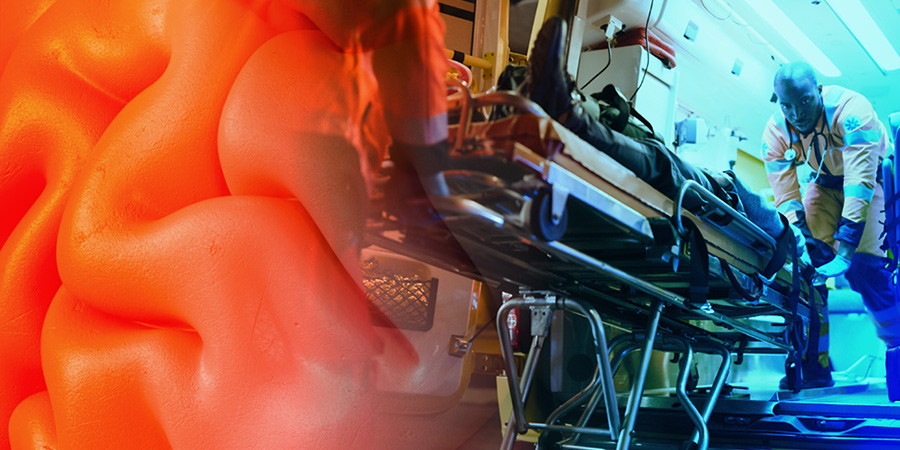 In their intracerebral hemorrhage treatment guidelines, the American Heart Association and American Stroke Association recommend the rapid transfer of intracerebral hemorrhage (ICH) patients to a tertiary unit for the management of hemorrhagic stroke. But many hospitals do not have protocols in place for how to transfer ICH patients specifically, and there is a lack of clear data on how interhospital transfer (IHT) impacts patient outcomes.

In their 2021 study published in World Neurosurgery, Kleitsch et al. compared the outcomes and characteristics of ICH patients transferred to an ICH-focused hospital through interhospital transfer to those who were admitted directly to an emergency department (ED).

To address this aspect of management of hemorrhagic stroke, Kleitsch et al. examined data from patients transferred to an ICH-focused center at Mount Sinai West in New York City for minimally invasive surgery. Of the 100 patient records they analyzed, 89 underwent interhospital transfer and 11 were admitted via the ED.

Kleitsch et al. found that patients who underwent interhospital transfer had a similar likelihood of bad outcomes at six months as patients directly admitted to the emergency department. There was no significant effect of transfer time or distance on functional outcomes, and none of the variables associated with interhospital transfer impacted long term functional outcomes. The good six-month outcomes for the IHT group and the direct admit group were nearly identical, at 46.1% and 45.5% respectively.

They note that these findings suggest that a centralized interhospital transfer protocol with hemorrhagic stroke management for ICH patients is not only safe but could potentially increase access to novel treatments for ICH, such as minimally invasive surgery, as well.

However, they acknowledge that future research is needed to further explain the impact of interhospital transfer on ICH patients, especially given that their study took place within a health system that has a centralized transfer center that manages all interhospital transfers, which may not be present in other centers throughout the U.S.

But what happens when an ICH-center or neurocritical care unit (NCCU) isn’t available? In their 2021 study published in the Western Journal of Emergency Medicine, Tran et al. wanted to determine whether transferring spontaneous intracranial hemorrhage (sICH) patients to a critical care resuscitation unit (CCRU) could facilitate the placement of an external ventricular drain (EVD) in a manner similar to that of the neurocritical care unit.

Of the 259 patients they analyzed, 123 were initially admitted to the CCRU, 81 were transferred to various adult ICUs at their institution between January 2011-July 2013, and 55 were admitted directly to the NCCU between August 2013-September 2015.

Additionally, the time interval from transfer request to arrivals was significantly less for the CCRU group, at 84 minutes, compared to 135 minutes for the 2011 control group and 132 minutes for the 2013 control group. The study authors also found that each minute of delay for AAR-EVD was correlated with a 0.03% increased chance of death, but further studies are needed to confirm this correlation.

Overall, however, they believe that their study demonstrates that a CCRU can accompany a NCCU in the care and management of sICH patients and can improve their overall care by reducing the amount of time patients spend in the emergency department and facilitating urgent procedures when needed.